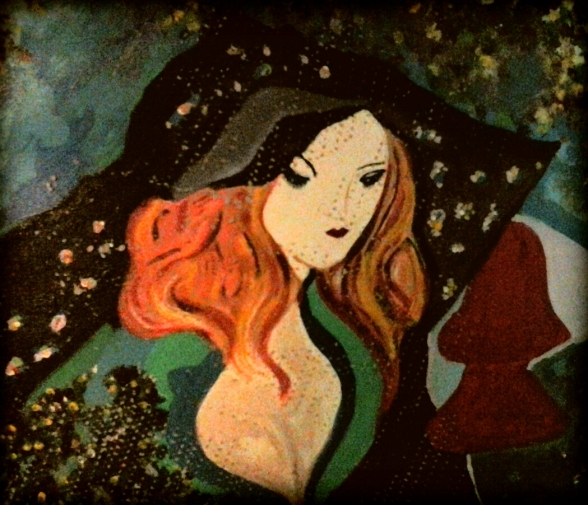 The Secret Lives of fairy Godmothers, Witches and Angels

“Joy to the world the Lord has come!” On the side, of an Appalachian Mountain, sitting so cozy on a mountainside, is a place, so rightfully named, Glory Town. This was, at that time, the quaint picturesque home of “Cat Dubois,” whom at five years of age, moved with her family from Europe, to this heaven on Earth. Or, was it really? The year they arrived was 1957 and Cat grew from a child who was special ~ gifted to an adult woman. However, little Cat healed hurt animals, she instinctively knew that living creatures and plants have a life force and she tapped into it so naturally. The knowledge and understanding of the source of God or The Universe, would always create problems for Cat, throughout her life. The girl, the teenager and the adult woman, Cat Dubois, searched for acceptance and love, in a legalistic community, of “believers,” in Glory Town. Cat’s journey, in the story, is to find love, self acceptance in her adventure of living, When, in her mid twenties, she asked for divine help for the last time; however, she forgot about asking.

“A scream was heard that summer day. A four-year-old little Catherine moaned into the mystical wind. She told the wind to find Thomas. Bellowing, into the breeze, her little heart begged, with vigorous might. The current carried her voice. It never ceased, until one day, “I heard it,” and that was when, Eleanor came riding in on the wind.”

This story is often painful, lonely, sad and feels desperate. As, Cat Dubois grows into adulthood, many tragedies occur. Forty-five years of troubles, she suffers major losses. Her best friend, her soulmate, Daniel Davis, who was a local pastor’s son, was forced to leave Glory Town at eighteen years of age. He announces his alternative lifestyle. This announcement led to Daniel’s eviction from his home. So, up the road and out of the town, on foot, he left, on a hot summer day.  Cat watches soberly, as he leaves. The exiling of her soul mate, affected Cat for the rest of her life. Sensitive Cat, suffered unimaginably. Many many upsets occurred. She was orphaned, in her early twenties, which made the isolation worse. A fire’s smoke and blaze took her barn and all the animals away, one afternoon. These tragedies, her loneliness, and the rejection from everyone in Glory Town, were contributing causes that led to addictions of the strange kind.

So, it is with heartwarming stories, where the Universe and/or God hears us, and responds to our human  petitions, it is then, Eleanor the English guide/angel/fairy godmother, the supernatural humorous being, came to help Cat Dubois.  Escorting Eleanor are other spiritual assistants: Tadhg, a supernatural golfing Scotsman, and ‘His Glove,’ a black cocker-poo dog, that Cat later names, Lovey. The three divine beings guide Cat to freedom and self love.

2 thoughts on “The Synopsis of The Secret Lives of fairy Godmothers, Witches and Angels By Bonnie Jennings”