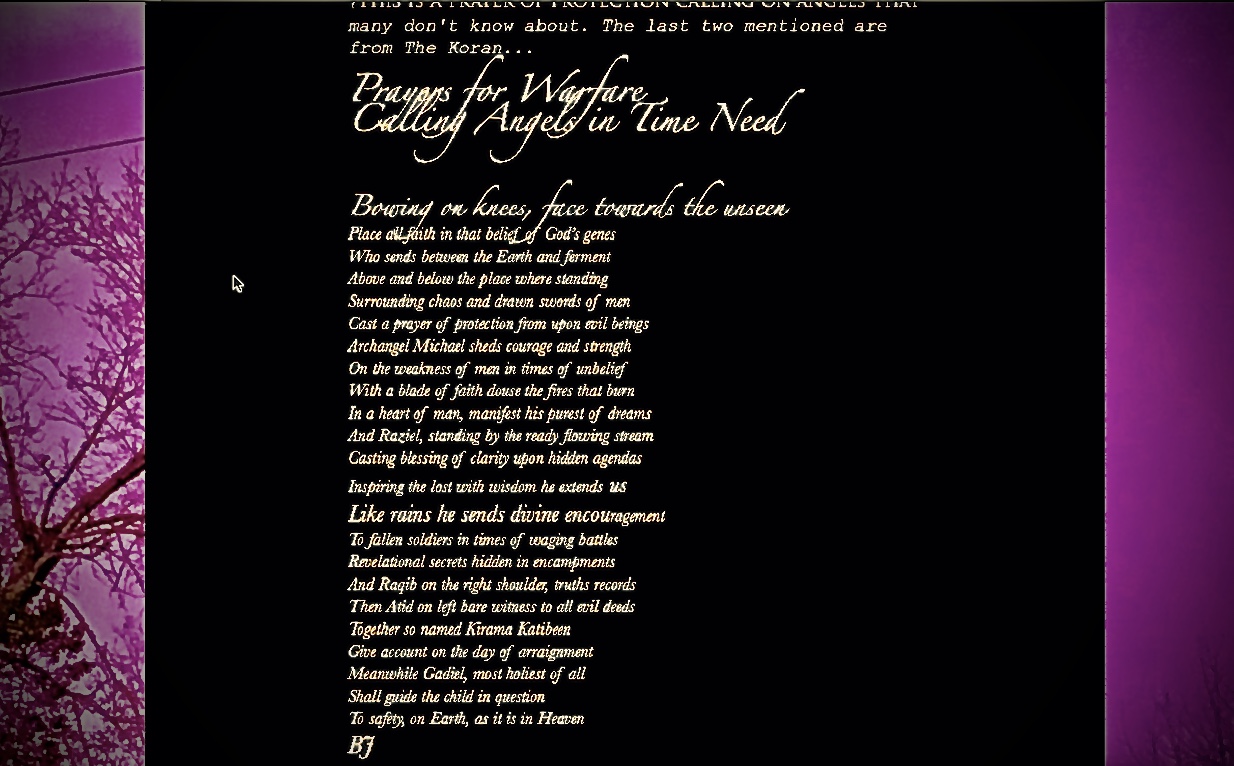 This is a prayer of protection calling on angels that many don’t know about. The last two mentioned are from The Koran…

Bowing on knees, face towards the unseen
Place all faith in that belief of God’s genes
Who sends between the Earth and ferment
Above and below the place where standing
Surrounding chaos and drawn swords of men
Cast a prayer of protection from upon evil beings
Archangel Michael sheds courage and strength
On the weakness of men in times of unbelief
With a blade of faith douse the fires that burn
In a heart of man, manifest his purest of dreams
And Raziel, standing by the ready flowing stream
Casting blessing of clarity upon hidden agendas
Inspiring the lost with wisdom he extends us
Like rains he sends divine encouragement
To fallen soldiers in times of waging battles
Revelational secrets hidden in encampments
And Raqib on the right shoulder, truths records
Then Atid on left bare witness to all evil deeds
Together so named Kirama Katibeen
Give account on the day of arraignment
Meanwhile Gadiel, most holiest of all
Shall guide the child in question
To safety, on Earth, as it is in Heaven